Hacky Shacky
Home Technology Hacking How Your Bank Accounts Can Be Stolen With Zeus Virus?

The ‘Zeus Trojan Horse’ Virus once again had a come back. According to a resource, it has an ability to drain your Bank accounts easily.

Zeus Virus can propagate through phishing messages that are generated from the account that was already compromised with phishing. That phished account will then start sending messages to your friends containing links to the ads and would ask them to simply check-out the video or product by clicking on such links. This way the virus will go viral.

Readers are requested to stay refrain from clicking such links, because they might end up getting their accounts compromised The virus is very sophisticated, so that it could replace the website of a bank with the mimicked page of its own.

That fake page could then ask for your security information and some other important data that could be easily sold in black market.

According to many sources, perhaps it has been confirmed that those pages are being hosted by Russian Mafia (known as Russian Business Network as well). 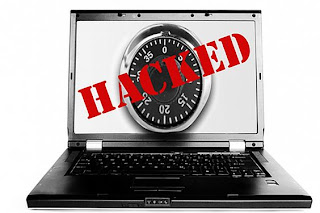 The virus is well-known for what it use to do. It was detected once back in 2007, and after that detection it started to spread online. The virus is well-designed so that if you would click on it, the possible and important data like Passwords and Bank Accounts can be stolen easily.

Facebook is aware of it, but it is unlikely that Facebook is going to take any action against it.

The founder of advocacy group Fans Against Kounterfeit Enterprise (FAKE) said that he was trying to alert Facebook about this issue to take action against it as soon as possible, but unluckily he was not satisfied well with their response.Those who are using windows should stay much careful about this issue. It has been said that Windows devices are much infected with this virus. Hence, Mac OS X or Linux are still safe of this virus.Some countries like USA and UK are badly infected, though, India, Russia, Canada and France are also infected with the virus at some moderate  limits. Some other countries like Australia, Argentina, Brazil, South Africa, Chile, Saudi Arabia, Pakistan, Indonesia and some other South-East Asian and European countries are less affected by this virus.
Source

How much alcohol does it take to kill you?

How to use TheHarvester on Backtrack 5 [Tutorial]

How to Become an Entrepreneur

How to Write a Business Plan for a Start Up

How to Exercise While Sitting at Your Computer