You might have seen a lot of websites that offer to hack Facebook passwords, some claim to hack them using the 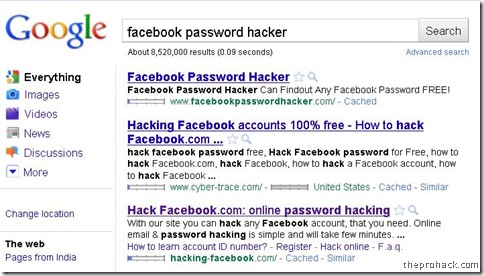 Its all bullshit. Folks..there is NO Facebook Hacking Software, no Site that can Hack Facebook. It all seems like the early 2000 “Hack any email” websites or Free Email hacking software who made a fool of people by claiming that they can hack email ids.
have a look at it, this is a typical FAQ of a typical website which claims to hack Facebook passwords.

Hacker release their tools in public when they become obsolete to them.

How to draw a perfect circle freehand